Every minute of time on a machine is precious. Each minute that the machine works, it makes money for us. Each minute that it is idle, we lose money. Once we have lost a second in downtime, we can never recover it. Think of a CNC machine or a pressure die casting machine costing Rs. 1000 per hour, or Rs. 16 per minute. One minute lost is Rs. 16 lost.
The problem is that on a typical shop floor it is impossible to know how much time the machines are idle, and how much money we are losing. Some of us try to know, by having manual systems where people keep note of downtimes and their reasons, and we do a post-mortem of the reports the next day. The reports are however too late, and often cooked up. If there is a situation requiring urgent attention, this system is not going to bring the situation to our notice. All these result in lost times, never to be found again.
The only way to reliably reduce lost time is by Industry 4.0 implementation through a 24/7 machine monitoring system. The system works non-stop, tracks your machine’s production and downtimes, reports them to you in seconds, and alerts you when urgent action is required.

Most people only know of Franklin as the guy who survived the suicidal experiment on electricity with a kite (some people who did the same thing later died). He was also a person with a huge variety of interests and big accomplishments. He was an author, printer, political theorist, politician, postmaster, scientist, inventor, humorist, civic activist, statesman, and diplomat. In his scientist avatar he invented the lightening rod, bifocals (used in spectacles), swim fins (the webbed feet that underwater divers wear), urinary catheter, odometer, etc. He was part of the group that drafted the Constitution of the US, its first Postmaster General, founder of universities, hospitals, and the nation’s first volunteer firefighting organization. He played such an important part in the US’s early history that $ 100 notes have his face on them.
Can’t imagine how a single person can do so many things in one lifetime !
Guy with a very high OEE 🙂
Want to know more about how LEANworx machine monitoring system can help you implement Industry 4.0 and smart manufacturing rapidly and economically ? Click here.
Etc
Paddu in Shimoga
I was in Shimoga on work for a day, and in keeping with my philosophy of always mixing business with pleasure, for breakfast I popped over to what the internet said was the best place in town. Sri Meenakshi Bhavan is about 80 years old, and there are multiple reasons for its popularity. I had three of them: Paddu, Masala dosa, and Coffee. 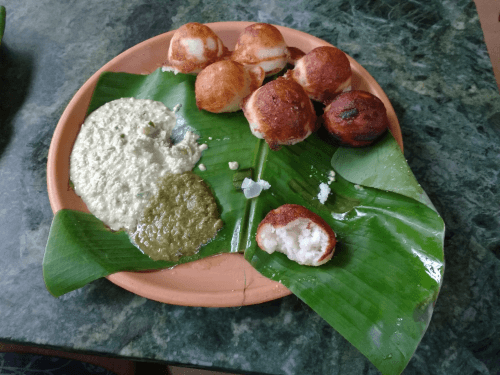 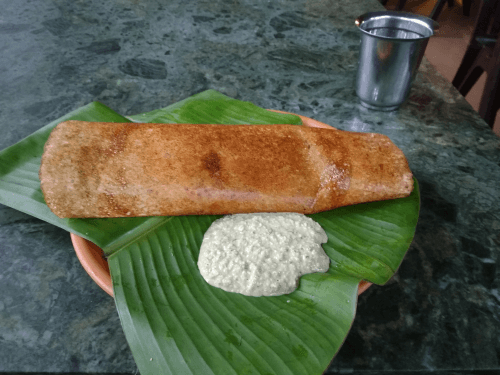 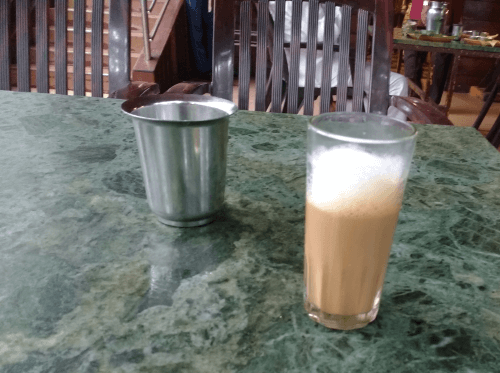 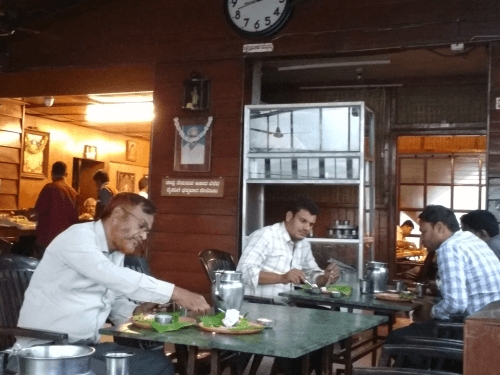 The Paddu is something that looks like a small idli, but is not even closely related. It is actually a close cousin of the dosa. You take dosa batter mixed with onion, chillies and coriander, heat it in a tawa that has little hemispherical moulds coated with oil. The result is soft fluffy spheres with a crunchy exterior that taste like heaven, served with chutney. Meenakshi Bhavan’s paddus are probably the best that I’ve come across. Their masala dosas too are out of this world. The coffee comes in a slim tall glass with froth (deliberately created) on top. All these you get in a lot of restaurants, but somehow each one had differences in taste and aesthetics that set it apart from what you get in other places. Like they say, “Winners don’t do different things. They do things differently”. Wish they had better looking plates though, instead of the ghastly brown plastic ones. 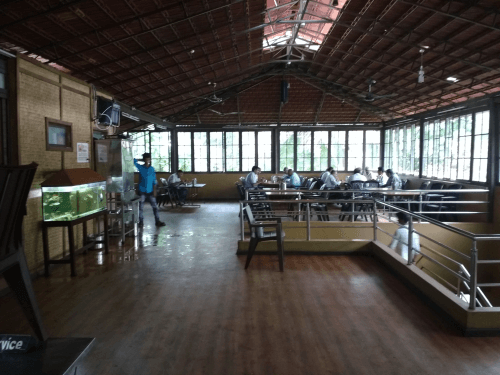 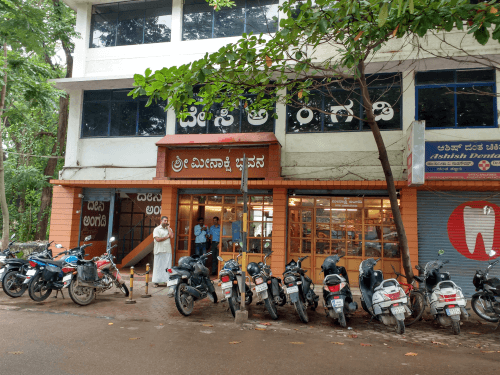 There were a few other items on the menu, but I’d sadly reached the state of ‘The spirit is willing but the flesh is weak’, that happens when you want to eat more but the stomach is full. If this state also comes with the thought that you may never visit the place (and hence the restaurant) again, the mental anguish is acute. Shimoga is a place that I’ve only been to twice in my life, and I doubt I’ll go there for a long time to come, so this anguish was there.
Share : 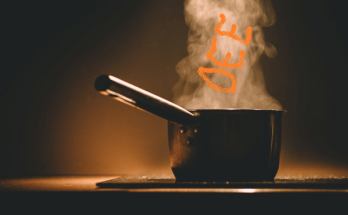 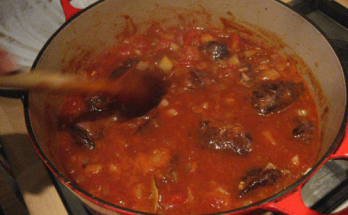 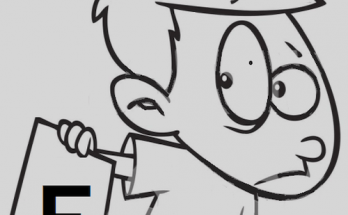