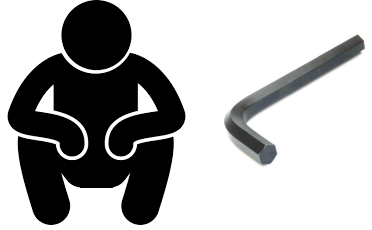 How LEANworx downtime tracking software showed up a simple problem, and a simple fix resulted in a huge downtime reduction.

About the LEANworx user
Hydraulic pumps manufacturer with 57 machines connected to LEANworx. Machines are CNC VMCs, HMCs. Works 3 shifts of 8 hours each.

Before LEANworx
In a bay with 8 HMCs, there was a one hours downtime every day on every machine, for the reason ‘Waiting for tool’. Each machine cost Rs. 1000 per hour, so this was a loss of about Rs. 26,000 per machine per month.

After LEANworx
After the downtime tracking software was installed, downtime for this particular reason reduced to zero, for all 8 machines. Effectively, eliminating a 1 hour downtime every day means they got a capacity increase of about 4 % with the same capital investment.

The manager went over to the shop floor after a couple of days and asked the operators what this downtime was. He found out that the whole bay of 8 machines had one allen key set that was shared between the machines. Allen keys were used in a number of their tool holders. If an operator wanted an allen key, he walked around various machines, found out where it was being used, and then waited till the other person had finished with it. His machine was down all this time.

The manager simply ordered a set of allen keys for every machine the same day, costing Rs. 500 each. So with a one-time investment of Rs. 500, they saved Rs. 26,000 every month on every machine.

You’re probably thinking, “It’s so obvious ! How could they be so stupid and not give allen keys to every machine ?”. Sure, it looks stupid AFTER we hear the story, but every one of us has such stories in our shop floor.

What happened here is that the operators just thought that this WAS the system, and they had worked with it for years. Nobody thought of informing anyone at higher levels of management. People in management did not know that the problem existed, and only came to know of it because they started downtime tracking. Without accurate machine downtime tracking and analysis of downtime reasons, things like this can happen in any shop floor.

All it requires to fix such issues is a machine monitoring and downtime tracking software that costs about 1% of the capital investment on new machines.

Here are some of the reports in LEANworx downtime tracking software that the firm used to achieve the transformation.

Firm and machine names have been changed to protect the identity of the firm.