One of the biggest Industry 4.0 benefits is that decision makers in an organization have access to accurate and timely data on production and productivity. The system gives people at various levels data that they need for making decisions that direct impact your organization’s profits. At the top levels of management, the data enables you to take decisions that directly reduce reduce capital investment, fixed and variable costs.


Here are some benefits that users of LEANworx Industry 4.0 have seen:

A month after installing LEANworx, the CEO of an organization noticed downtimes of upto 40 % on all machines. He got automatic OEE and downtime emails from LEANworx every Monday morning, weekly trends on the first of every month. He concluded that they had 40 % excess capacity. He froze purchases of new machines for 2 years, till the downtimes were reduced to reasonable levels. This was even though orders were growing at 15 % annually. CapEx reduction was among the many Industry 4.0 benefits that the firm saw in the first 3 months of installing LEANworx.

In aerospace and tooling parts, part batches are very small or one-off. Standard cycles times and load/unload times are unknown or have no meaning. For such applications, LEANworx tracks spindle utilization, the percentage of time that the spindle is working out of the total time available. It shows this as dashboards, reports and large screen Andon boards on the shop floor. It also shows downtime durations and reasons.

The reasons for the downtime were partly systemic and partly because of poor work ethics: high setup times, no raw material, high periodic inspection times, late start at the beginning of shifts, early stoppage at the end of shifts, long meal breaks, etc. The incentive of higher pay motivated the shop teams to work together and reduce all these. LEANworx machine data collection system highlighted the downtimes and their reasons, through a variety of reports including Pareto charts. This enabled the firm to focus on top downtime reasons continuously and reduce them.

Wages and incentives are paid based on operator efficiency

In a CNC machining facility with turning centers and machining centers, operators were being paid fixed salaries irrespective of their actual production or efficiency of production. There was no accurate production tracking. Production quantity and downtimes were written into a register by the operator, and were mostly wrongly reported. Use of Feedrate override was common, with over-production in the shifts and under-production in night shifts. Operators of all skill levels and motivations were were being paid the same wages and incentives. Good operators felt unrewarded, and bad operators were not being penalised.

After LEANworx production monitoring system was installed, the firm focused on operator wages and incentives as one of the top Industry 4.0 benefits that they wanted to see. Production quantity and downtime tracking is now accurate, directly from the machine’s electronics. LEANworx has a separate operator efficiency report that is used by the HR department to pay operators’ salaries and incentives. Operators are paid based on production quantities and production efficiency from automatic production monitoring. Good operators feel even more motivated to perform better, and bad operators feel motivated to earn more by improving their skills and motivation. There is less employee churn, because operators feel motivated to continue in the firm instead of leaving due to better wages. Operators constantly come up with ideas to reduce downtimes, because they are paid based on the number of parts made.

An automobile parts manufacturer has 45 machines, presses and other metal forming machines. Part cycles times vary from 3 seconds to 20 seconds, which means 1300 to 9000 parts are produced in each shift on each machine.

There was no accurate production tracking. Approximate production quantity was written into a register by the operator. Some operators noted these quantities properly in the register, while others noted down false numbers. There was no way of knowing how many parts were actually made. This resulted in: over-production causing excess inventory and increase in inventory holding cost; under-production causing delivery delays; inability to invoice confidently because quantities were unknown.


After LEANworx production tracking software was installed, among other Industry 4.0 benefits, the actual number of parts made are tracked, excluding empty cycles and parts made during setup. Over-production and under-production have been eliminated, leading to lower inventory costs and improvement in profitability. LEANworx production tracking is accurate, directly from the machine’s electronics. Data is updated in seconds, available to all levels of management immediately.

CapEx on new machines is always a big dilemma for CEOs.

My production head is saying there is a capacity shortage and they need more machines. Should we get more machines ? Are the shop people right ? Is there really a capacity shortage ? Are we utilizing the existing capacity fully ? Can I depend on the utilization numbers that I’m being given by the shop people ? What if orders drop, the machines are sitting idle and we are saddled with the repayment burden on the machines ? These questions can only be answered if you have the right numbers of capacity available and capacity utilization.

Your long-term big customer says you have a capacity shortage, is unwilling to give you more orders unless you increase capacity. You and your team feel that you have enough capacity, based on your OEE numbers. The customer however says your OEE number are inflated, and that the actual number is less than what you are saying. Your OEE is from production, uptimes and downtimes reported manually by operators, and the customer does not believe these manually reported numbers. So you are forced to buy more machines even though you do not need them. Your customer would not be doubting your numbers if only had an automated system that gave accurate results straight from machines.


Getting accurate machine utilization and OEE numbers is one of the biggest Industry 4.0 benefits that you get as a CEO, to be able to answer your own and customers’ questions.

Increasing production capacity
Downtime on the shop floor can be up to 30 % because of poor work ethics and system problems. If I have 10 machines on my shop floor and I want to increase machining capacity by 20 %, I have two options:
Option 1: Buy another machine.
Option 2: Increase capacity utilization by 20 % by reducing downtime.

Option 1 is quick, painless, does not involve disrupting my current inefficient way of working. I can buy a new machine in a couple of days.
Option 2 is costs a fraction of Option 1, but is painful – involves changing work culture and improving systems.

Most organizations prefer Option 1, which is painless in the short term but increases costs and reduces profitability. Option 2 involves putting in a productivity monitoring system that tracks your machines’ production and downtime electronically, automatically, 24/7. Let’s say you have 10 machines each costing Rs. 25 Lakhs, a total of Rs. 2.5 Crore. You now face a capacity crunch, and need to increase capacity by 20 %. You can reduce downtime and improve capacity utilization of the existing machines by 20 %. The new machines will cost you Rs. 50 Lakhs, while an Industry 4.0 machine monitoring system will cost you Rs. 5 Lakhs. The monitoring system can typically improve your capacity utilization by 20 % in 3 months. It can do this at 10 % of the investment in new machines.

Action point
The next time you have a capacity constraint and want to buy new machines, instead install an Industry 4.0 based machine monitoring system to increase capacity.

Doggie moving up in life

I stayed in a hotel near Connaught Place in Delhi a while ago, for a week. While on an early morning jog (trying to shed the kilos that I was acquiring at the huge breakfast buffet spread every morning – part of the hotel’s package deal), I saw this dog sleeping on top of a parked car.

Two questions arose in my mind:
1. How in hell did the guy get on top there, negotiating the slippery metal and glass ?
2. Wasn’t he uncomfortable on the hard and possibly cold metal ?

I still haven’t figured out the answer to the first question.
As for the second one, it was a warm and humid monsoon morning, and the metal was probably nice and cool compared to the ground.

And now I’m wondering whether he (being a city slicker dog) will at some point in his life think “I’m tired of sleeping on these mid-range cars. It’s time I moved up in life. Should look for a Benz or a BMW to sleep on tonight, so I can impress the babes”. He’s actually moved up in life, literally, from sleeping on the footpath to sleeping on a car.

About this blog from LEANworx: Plug-and-play Industry 4.0 system for MSMEs. 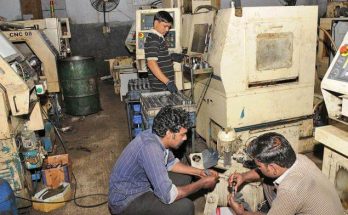