One of the biggest benefits of Industry 4.0 is that decision makers in an organization have access to accurate and timely data on production and productivity. The system gives people at various levels data that they need for making decisions that direct impact your organization’s profits. At the top levels of management, the data enables them to take decisions that directly reduce reduce capital investment, fixed and variable costs.


Stopped capital expenditure on new CNC machines
A month after installing LEANworx, the CEO of an organization noticed downtimes of upto 40 % on all machines. He got automatic OEE and downtme emails from LEANworx every Monday morning, weekly trends on the first of every month. He concluded that they had 40 % excess capacity. He froze purchases of new machines for 1 year, till the downtimes were reduced to reasonable levels.

Reduced fixed costs by abolishing 3rd shift operations
A user of LEANworx making aerospace parts on CNCs saw that the spindle was running only 30 % of the time on most machines. The machines were running 3 shifts. After installing LEANworx they announced an improvement target with a pay hike for everyone on achievement. In 3 months the spindle utilization improved from 30 to 55 %, and what they did in 2 shifts what they in 3 shifts earlier. They just stopped working in the 3rd shift. This of course hugely reduced the cost of power and wages.


Cut incentive costs, improved payments
In a firm making hydraulic parts, incentives were being paid based on manipulated data and inflated production numbers data recorded in registers in the shop. After they installed LEANworx, the hourly production and productivity reports showed them a big difference between the actual number and what was being reported. They improved their incentive scheme on numbers reported by LEANworx, and cut their incentive payout costs.

So yes, an Industry 4.0 system can give you quick and direct cost benefits.

Dogs and their love of scooters
I was in Ahmedabad some time ago, and over a 2 km. walk in the walled city, came across numerous dogs sleeping in streets. For some strange reason, their favourite place was on scooters, curled up in the area where you keep your foot.

I read somewhere that dogs’ sleeping behaviour comes from evolution, from the dogs’ wild state before they became domesticated. Curling up into a ball conserves body heat and keeps the dog warm. It also protects its most vulnerable organs in the abdomen from would-be predators. When dogs sleep in the wild, especially where it’s cold, they dig a shallow hole like a nest and curl up into it.

So the depression in the front of the scooter is merely their nest, allowing them to curly up comfortably. Maybe scooter manufacturers need to consider their canine users when they design their scooters. 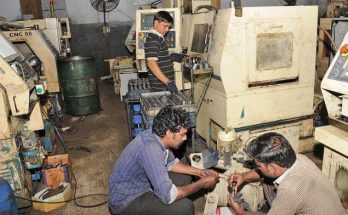