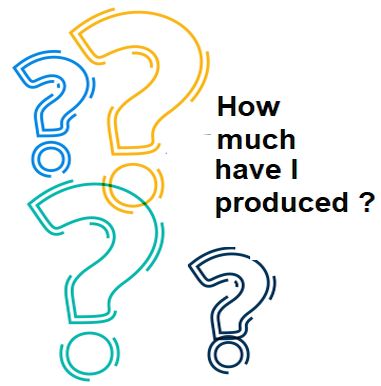 A firm had no idea of production quantities on their high speed machines. LEANworx production tracking software now tells them exactly how many parts are made, every hour, every shift.

About the LEANworx user
Automobile parts manufacturer with 45 machines connected to LEANworx. All presses and other metal forming machines. Part cycles times vary from 3 seconds to 20 seconds, which means 1300 to 9000 parts are produced in each shift.

Before LEANworx
There was no accurate production tracking. Approximate production quantity was written into a register by the operator. Some machines have counters, but these also count empty cycles and trial parts made during setup. Some operators noted these quantities properly in the register, while others noted down false numbers. There was no way of knowing how many parts were actually made. This resulted in: over-production causing excess inventory and increase in inventory holding cost; under-production causing delivery delays; inability to schedule properly because quantities were unknown.

After LEANworx
After LEANworx production tracking software was installed, tracking is automatically done 24/7. The actual number of parts made are tracked, excluding empty cycles and parts made during setup. Over-production and under-production have been eliminated, leading to lower inventory costs and improvement in profitability.

Decision makers in the firm get to see a variety of reports that show the actual and planned production quantity. Scheduling is done based on actual data rather than on guesswork, and there is no need for a factor of safety to ensure that there is no under-production and delivery delays.

Here are some of the reports in LEANworx production tracking software that the firm used to achieve the transformation.

The firm and machine names have been changed to protect the identity of the firm.