Industry 4.0 implementation – what is the role of a CEO ? Does a CEO have to be hands-on ?

If you are the CEO of a manufacturing organization, from the shop floor point of view (i.e. other than the finance, marketing, long term strategy, etc.) you have these key responsibilities:
– Develop, lead and motivate a high performing team.
– Oversee operations to ensure that the organization produces goods with high productivity, to maximize profits.

An Industry 4.0 system collects data directly from machines – production, downtime, uptime, quality, maintenance, HR – and shows it to decision makers or gives it to other software for action. It collects a lot of data, analyzes it, shows it to decision makers at various levels in the organization. Everyone at every level in the hierarchy has to start looking at numbers, different numbers at different levels. These numbers must be used to improve efficiencies. This includes you as the CEO. If the CEO is allergic to production and productivity numbers, everyone down the line will be too.

Industry 4.0 makes your complete operation transparent. It can show you the reality of what is happening in your organization, IF you implement and use it properly. If you do not pay close personal attention during the implementation stage, cooked up data can be made part of the system itself.

In one of the organizations using LEANworx 4.0, for example, the CEO fully delegated the job of Industry 4.0 implementation to the shop head. The CEO played no part in it at all. LEANworx has configurable formulae for calculation OEE, and the shop head made us include ALL downtime as part of the cycle time in the OEE calculations, resulting in ideal ‘world-class’ OEE numbers exceeding 85 %. E.g., if a standard part unload/load time is 1 minute, to be considered as part of the cycle, a 10 minute downtime is considered as part of the cycle instead of 9 minutes being downtime. Same thing with setup times. The firm is fooling itself looking at false productivity numbers and losing a golden opportunity to improve profits.

There are two types of people in every organization, at every level :
1. The transparency lover: Self-motivated people who know they are doing their best, are confident of their ability, and welcome transparency as an opportunity to improve things further. Maybe there’s someone low down in the hierarchy who is feeling frustrated because he knows the solutions to a couple of big problems, but his boss doesn’t want to take any action. He cannot bypass his boss and talk to someone higher up either.
2. The transparency hater: People with sub-par ability and motivation whose survival in the organization depends on feeding false productivity numbers up the hierarchy, because if they feed the reality they will also have to fix the problems, and they do not have the ability to do this.

By being involved in implementing Industry 4.0 and thereafter monitoring it closely, you as the CEO are empowering the transparency lover and making life difficult for the transparency hater, forcing the latter to improve his motivation and skills. So by being involved hands-on in Industry 4.0 implementation and running, you are improving the efficiency of your operations AND improving your team.

You need to be closely involved initially, and then gradually reduce your involvement. You need to look at efficiency numbers, ask people to take action, and monitor the progress of the actions. Efficiency numbers can be whatever you choose to focus on, based on your focus area – OEE, spindle utilization, rejections, downtime, etc.

In my own experience, I’ve seen that successful installations of LEANworx have see one or more of these benefits: No new machine purchases for 1 year or more even though sales have increased; doubling of OEE, big reduction in consumables cost (energy, combustion gases), switch to working 2 shifts instead of 3 (16 hours instead of 24), reduction in manpower costs. All of these of course directly translate to profits.

Industry 4.0 is a great friend of the CEO, and the role of a CEO in implementing it is critical to its successful implementation.

A business trip to Lebanon re-introduced me to Arak, and I promptly fell in love with it all over again (my first introduction to it was in Turkey a decade ago, where it is called Rakı).

Arak tastes strongly of aniseed (saunf in Hindi). It is a colourless liquid with about 60 % alcohol v/v ( strong stuff – see this earlier post on deciphering alcohol content labels). It turns milky white when mixed with water. You typically mix 1/3 arak with 2/3 water.To make Arak, grapes are crushed and put in barrels to ferment, then distilled to produce alcohol. The distillate is again mixed with aniseed, and distilled a second time. Arak is mostly produced in homes on farms, in small stills.

Who’d have thought that all the distillation experiments that I did in school would finally help me understand this process ? Maybe I’d have taken more interest in the chemistry lab if my teacher had connected the experiment to this end application.

Rakı in Turkey is the same as Arak. It’s pronounced almost like Raku. The ‘ı’ is the half ‘u’ that’s also in Tamil and Japanese, pronounced like in the Tamil word irukku. The Greek Ouzo is a close cousin of Arak and Rakı, with the difference that it has added sugar and is therefore sweeter. My hotel in Beirut was very near a cozy little bar, and I would land up at the bar every evening after work, to spend the evening drinking arak and eating boiled fava beans, chatting with the barman, exchanging stories about our respective countries.

By the way, Arak is very different from Arrack that is common to India, Sri Lanka and Indonesia. The latter is made from fermented coconut flowers, sugarcane, rice or fruit. This is very strong stuff, upto 80 % alcohol v/v, almost tasteless, basically like Vodka. You drink this to get drunk, not for the taste. 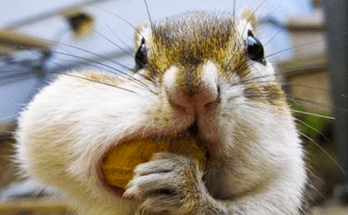 Industry 4.0 implementation – how NOT to do it