Industry 4.0 is the term for a system that comprises these components:1. Machines
2. Sensors
3. Data transfer over internet (IOT)
4. Software that analyzes the data and takes decisions – data analytics

The Industry 4.0 components in the picture combine to do this:
1. There’s a machine
2. There is a sensor on the machine that collects data from it
3. A sensor sends the data to the internet (IOT)
4. There’s software that collects the data and analyzes it.
5. Data is sent to other software, displayed to people, or sent to machines.
That’s it. Just the same old ingredients, new recipe.
You’ll see that all the Industry 4.0 components are familiar to us – machines, sensors, the internet, IOT, software. Machines of course have been around for centuries. Sensors have been used on machines for decades – for fluid pressure, temperature, speeds, etc. We’ve been using the internet for a couple of decades now, and IOT for some years. Software has been around as long as computers have been there, for a decades. None of them is new or revolutionary technology. What IS new and revolutionary is all these working together. Here’s a table that shows the difference between how the individual components worked traditionally, and how they work in Industry 4.0.

There are a huge variety of Industry 4.0 applications. The machine can be anything at all – a manually operated machine, PLC based machine, CNC, robot . The sensor can measure cycle start/end, machine on/off, pressure, temperature, vibrations or any other parameter. The software can shut down the machine if there’s a tool breakage; it can monitor vibrations for predictive maintenance, inform people that a particular part needs to be changed; it can track machine run hours for preventive maintenance; it can make scheduling or purchasing decisions based on actual production, or do a bunch of other things.
Industry 4.0 advantages have nothing to do with the size of the company, and implementation can done with very low investment. Even MSMEs can implement it. LEANworks Cloud machine monitoring system gets you Industry 4.0-ready rapidly and economically. It costs as much as a cup of coffee per day, and is as energizing for your shop floor as a cup of coffee, improving profitability dramatically.
Etc
Lots of teeth and fangs, but nobody got bitten
I was at work in a CNC machine shop recently, and was hanging around outside taking a small breather. Some distance away I saw this cobra also hanging around, minding its own business. A group of dogs chanced upon the cobra and started harassing it. The dogs were cleverly keeping a safe distance, and the cobra was trying to trying to scare them off by raising its hood. This went on for quite some time. Thankfully for all parties concerned (including me, who didn’t want to see any of them getting hurt), the snake managed to get away and none of the dogs got bitten. 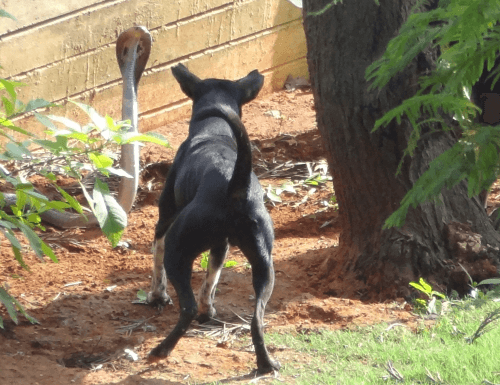 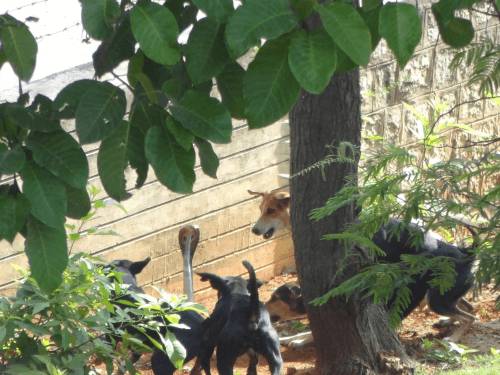 The Portugese encountered the snake in India (presumably in Goa) in the 16th Century, and called it the ‘cobra de capello’, which means Snake with a hood. The word then got borrowed into English later. Cobra, the Portugese word for Snake, is from the Latin word Colubra, which means snake.
I was reading somewhere that a large snake can live on 50 calories a day, was intrigued, did some more reading, and this is what I learnt:
Snakes are cold blooded animals, meaning that their body temperature changes to that of the surroundings. Warm blooded animals like humans and other mammals keep their temperature constant, irrespective of the outside temperature. We mammals have automatic mechanisms like sweating to cool down or shivering to warm up, and spend a lot of energy on maintaining our body temperature. This is why cold blooded animals like snakes, lizards and crocodiles require far fewer calories per day than warm blooded animals.
Snakes need about 1/3 the calories that a human requires, for the same body weight. That’s why they’ll eat a heavy meal and then not eat for days together. 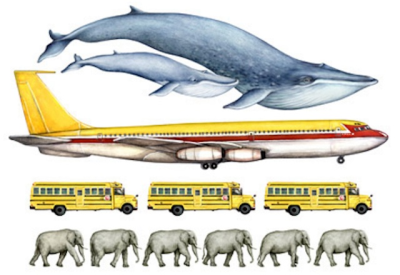 Source: http://www.ocean-institute.org/
Speaking of calories, a blue whale (which weighs 180 tons) can ingest half a million calories of food in a single mouthful. When the foodie monster in me wakes up (which it does whenever it sees good food), I think that’s how much I eat in a single mouthful. A conclusion based on the fact that I have to loosen my belt by a couple of notches after such a meal 🙂
Share : 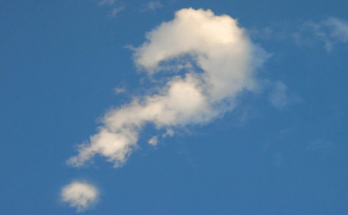